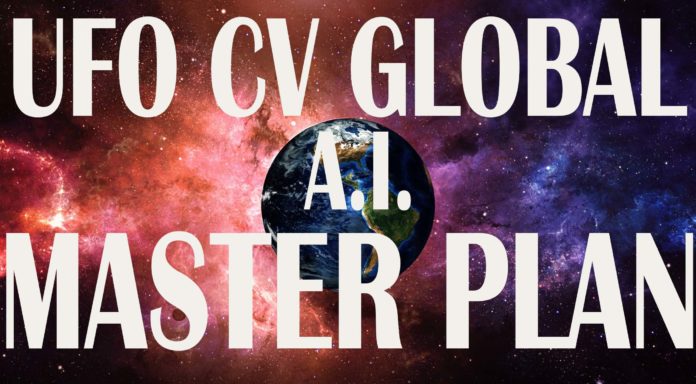 Descriptions of Demons, Aliens, Animal Hybrids and UFO’s can be found in ancient ruins and texts of Persia, Greece, Egypt, Africa, Sumeria, India, China, Japan and the Americas. Books such as the Book of Genesis, Bible, Avestan, Bhagavad Gita, Zhuan Falun, Chariots of the Gods, Book of Enoch, and modern accounts of the Military industry Complex. According to folklore, humanity reached extinction it a time when technology was advanced and peoples morals were the most corrupt. According to all the ancient faiths, Human Beings are made in the image of the creator or God, and are divine in origin. The Ancients called the UFO’s, Demons. The universe has trillions of universes, planets and dimensions. This is a fact. It is said in all ancient faiths, our world is designed for us for awakening, enlightenment by free will and faith alone. Then, you shall see.

Quantum Speeds: UFO Invasions Taking 2 Days from Their Time Space, and 100 Years From Ours

Depictions of Flying Discs and Crafts started heavenly in the 1940s with WWII. Nikola Tesla was thought to be influenced in some way in his thinking to be inspired to create the technology he did which is to this day, revolutionary. Military generals described aliens as reptilian, or Gray ET like with 4 fingers, big eyes, at varying sizes using smart technology with hand held devices and headsets that allowed them to operate their crafts and IoT’s, such as what the Air force has been working on since the 1980’s. German scientists were said to have assisted in providing information that produced the Military Industrial Complex, CIA, DARPA and the subsequent roll out of Google, Facebook, Smart Phones, the Internet, Cloning, Human-Animal Hybrid mixing and the subsequent Merging humans with machines on the 5G network powered by A.I. My first time seeing classified documents of Aliens was in 2003.

If we are made in the image of the creator, and it is designed in the image of the God, with immense capabilities and an innate design that can enable it to live forever, these Demons, Aliens, UFO’s would want it in order to live here and gain powers and the connection to the creator. I made a Sci-FI movie describing the entire process of dumbing society down to parasite off the entire civilization by the introduction technology, Socialism-Communism to cast doubt on God or the special worth of every human being and the existence of its soul. The Sci-Fi movie is called, AI The Plan to Invade Humanity. This triggered the pentagon to release their UFO files within 3 days after by Tweet to President Trump, the CIA and the Pentagon

My Tweet to President Trump, CIA and Pentagon Gets Pentagon to Release their First UFO Files Mobilizing the Media-Movie AI The Plan to Invade Humanity

The theory is that through electromagnetic waves, radiation, frequency, humans would be manipulated to invent Television programming to be infiltrated with Communist, and ET content via movies from Hollywood that would make society deteriorate towards Marxism-Socialism-Communism in order to separate the family structure so that humans would be dependent on empirical sciences that makes them addicted to computers, smart phones, video games, and IoT’s to to form a symbiotic relationship. In this process their thoughts and emotions controlled by TV, Hollywood, Google and Big Tech companies leading to rape, human, sex and organ trafficking and addicted to drugs and the creation of vaccines to solve problems caused by human beings as their manipulated by an hidden enemy.

After having this relationship, and Socialism ingrained and conditioned in their thinking, Places such as DARPA, CIA and the Military Industry Complex let out promote Google, Facebook Twitter, Instagram to begin a process to condition to human race to transfer their activities to a digital form, and thus be controlled emotionally through Artificial Intelligence and the proximity censors that influence and reprogram their neural networks through AI Coding and AI algorithms. Knowing that the human face has emotion, it betrays, is selfish, gets angry, steals, plagiarizes, and is always after money, sex and fame, the Alien Agenda was easy to implement. Humans would be social engineered generation by generation to enter the tech world, to be scientists, and big tech CEO’s so that they can act like colonized ants building for the Queen, as the human race reaches extinction through a step by step process.

Addicted and Controlled by AI Technology to Take Over Humanity

By being addicted to technology, and the differences in peoples upbringing, genes, and environments, it would be very easy to control the entire human race on the 4G, 5G and 5G networks with the introduction of Robots, Machines, IoT’s, DNA Cross-Breeding experiments, Virtual, Mixed and Augmented reality. Thus, people such as Bill Gates, Elon Musk and the big tech tycoons would be used and supported by influencing conservatives who just love technology and money to usher in trans-humanism, stopping pro-creation and promoting cloning. The plan of this parasitical grey alien agenda was to download their digital selves into clones, and through mixing humans with machines, and altering their DNA, extract their digital Self-Soul during a parasitical process as society transitioned to trans-humanism. This plan would work best after a bio-weapon was released, such as the Corona-Virus, ushering in 5G, AI, Drones, Facial Recognition, Cloning, Virtual, Augmented, Mixed and Alternate Realities and creating Artificial Life such as what was done in Vermont University. Huawei and all the 5G grid systems would be their infrastructure on the ground and Starlink in the sky, to control and take out the human race in a transitional process that is imperceptible to humans. Because humans have emotions, and have a multitude of vice, which equates to them using roughly %5 of their brains capacity at a given time, they don’t realize this, nor do they believe it, until its too late. In fact, the very people in the Discovery channel saying that the Aliens are our Gods, have been programmed and conditioned to say that, as have all the folks who watched Star Trek, Star Wars, and all the other tech Sci-Fi Movies. Yet, as I said, the Creator has another plan. I said this in the Sci-Fi Movie AI The Plan to Invade Humanity and I explained it in detail in the Documentary. That they are not made in the image of God, and they are an incompetent life form dependent on machines and empirical sciences.

Subscribe to the The AI Organization U Tube Channel at Link https://www.youtube.com/channel/UCK_mvwfaYXafREo1

Coming out to Public To Assist in Saving Humanity From Extinction

After giving the Trump Administration through the secret service, (Spring 2019) and Fmr director of CIA cover Ops reports that China was threatening the world with all that was said, AI, 5G, Huawei, Robots, Drones, Bio-Weapons, etc, I came to the public. What I gave the Secret Service were not UFO, or Supernatural reports. They were simply geo-political and tech based threats that their brains can take, as they don’t believe in what they don’t see. I included capabilities, companies and the general threat, that humanity is in danger of being enslaved within 1-2 years and later extinct through various factors. Every human brain is different. Generally, someone 10 steps above Einstein or Nikola Tesla could see this process that I explained. It would require tapping into the majority of your brain power in one process and connecting to the universe and seeing billions of things in seconds to accurately see what was coming, when, what stage, and who were the major players, as I put in my books and the 87 page lawsuit.

I initially came out to public with concrete books, and reports talking about Geo-Politics to warn that the entire human race was in danger of being extinct in stages by an invisible force coming from China that was a virus with riots and Marxism that connects to A.I., which ushers in 5G, Merging Humans with Machines, with a technocracy of Google, Governments and Tech Companies using Facial-Voice Recognition, robots, drones, smart phones, and IoT’s to enslave everyone, and vaccinate them, to later extinct them. I published which companies and how it was related to China and our ethics. Every stage, liberals laughed and censored me, while Conservatives laughed, censored or stole and plagiarized my work at every level from news outlets, journalists, content creators, social media accounts on twitter, politicians, think tanks and even government agencies. I did everything for free, on behalf of worlds people and their families. And almost every person in power, betrayed and was controlled to betray, censor or plagiarized and misappropriate the narrative at the wrong time. Thus the Corona Virus-CCP Virus came, and now machines, Transhumanism. Every person who stole, censored, slandered, gossiped, copied, plagiarized behind the scenes aided in preventing me to fully warn and provide solutions at each crucial time to turn the tide by getting the peoples support. There were a few who helped in the latter part by putting me on their shows, yet people behind the scenes slandered, to their own detriment. In fact, the ones who claimed to believe in God, Conservatives and moral people exposing the left, did the worst. That being said, I stated this virus was not planned by human beings, nor ET’s, but a higher source.

This is my Theory, which was sourced from the foundation of one source, expanded from my experiences, and researching and investigating 1,000 Big Tech Companies, and it was coded in the book Artificial Intelligence Dangers to Humanity. Any smart person who looks at my book and my 87 page lawsuit would think I had a time machine, and a Super Quantum Computer that connects to the universe to varying degrees to predict and provide solutions prior to every major incident. This theory and narrative is copyrighted and must be cited from now on. Those who stole and plagiarized and claim to be practicing your religion and God Supports you. Remember this, he sees everything better than the best super computer or AI. Thus, the Corona Virus. What people believe to be ferry tales, in the future will all be displayed. There were and still are huge media outlets, billionaires, and social media accounts that could have helped me and our organization in each stage, and they can still help, yet have been programmed not to, as the entire thing is a design that must be won through choice and free will. Humanity wouldn’t face extinction or enslavement if it was not corrupt. At anytime big twitter accounts could have helped me against MSM and reported the news, but they chose not to report. Even when the news was easy to digest and believe with concrete empirical reports, articles, videos that were not about UFO’s. Either they are controlled, get corrupted or were corrupt to begin with and got into power through stealing or plagiarizing, social engineering masses of people and being supported by their peers. At the end of this event, there will be a huge lesson for every person on the planet, not just the liberals, but for the conservatives as well. No one is exempt. I am asking for the peoples support, to put me on their shows, and help on social media, while there is still time left to varying degrees.

Expose CCP, Marxism, Communism, Repent for Complicity to Concentration Camps, Human, Sex and Organ Trafficking and Wish for a Good Future of Awakening, Enlightenment, Salvation or However you want to put. This is my general analysis. But the real solution, to be executed, is complex.

Cyrus A. Parsa, The AI Organization