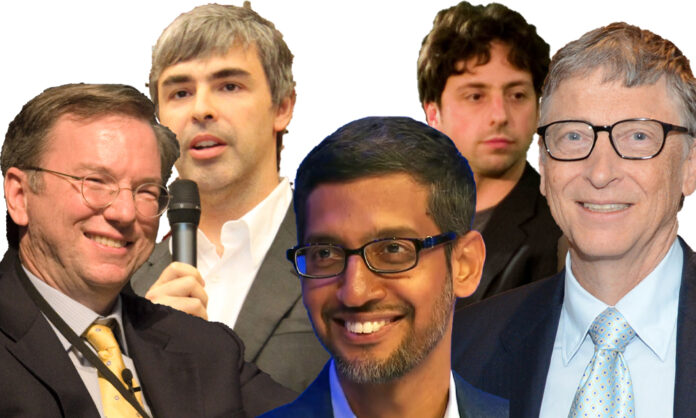 Since the beginning of 2020 there were three claims that falsely mobilized tens of millions on the conservative and liberal sides down a destructive path of polarization. These claims penetrated every nation, sector and class of peoples that has divided humanity at a conscious, subconscious and unconscious levels nearing pure hatred.

“Bill Gates, Google Heads Eric Shmidt, Sundar Pichai, Larry Page, and the globalists planned Covid 19 to usher in world domination” This is false, and got the entire conservative side censored because of a few bad apples who are leaders in spreading conspiracy in EU and America. It is true that some leaders in tech were working on Gain of Function Research and may have been involved approving and funding work done in China overseen by the CCP, that indirectly contributed to the creation of bioweapons. But this does not mean they planned it. This conspiracy claim benefits the CCP, the worlds adversary, not the liberals or conservatives, or any decent human being.

“Covid is Fake” Many died and were hospitalized because of Covid globally. This narrative created division, censorship, tricked down to conflicts at city, state, national and international levels leading to unnecessary arrests, financial burdens and riots. This false claim benefits the CCP only.

“Bill Gates predicted it, so he was in on it and so were the elites” This is absurd because Bill Gates did not predict covid, he like tens of thousands of others did simulations and stated that if a pandemic happens, A, B, and C are possible. That is not a prediction, detection or warning. In fact, I predicted it, detected it, and warned of it, and I will tell you, Bill Gates did not plan it. Bill Gates did not know until he received word. That being said. Mr. Gates did actively build a network behind the scenes to prepare for epidemiology preparedness and response. His aim was to do good for humanity and save lives, regardless if you agree with his heavy-handed reliance on vaccines or you support natural immunity approaches and were forced against your will through coercion at work or in social media. I will tell you, he did not plan Covid nor did he have a Master Mind plan to enslave the world.

That being said, Although Claims Number 1, 2 and 3 are false, this does not mean that big tech elites naturally are not in a position to take control of what you see, eat, drive and impact even the laws that govern your lives with the powers of their corporations and connections they make with politicians. This is where the narrative should have been, building a system of checks and balances, not conspiracy theories that completely negates any criticism of how the Preparedness and Response was handled by WHO, Big Tech and the people running our governing bodies.

Personally my Master’s Degree was in Natual Disaster, Emergency Preparedness, Epidemiology, and Emergency Response under the nation’s first DHS Program. The preparedness and response could have been much better preventing loss of jobs, forced vaccinations, and unfounded conspiracies against the liberal elites. The major issue here was the over reliance on the CCP to tell the truth to WHO, the 5 Eyes, and the Big Tech Elites. However, that page has turned and the West sees the Chinese regime for what it is: A killing machine that puts its own people in concentration camps and kills them for their organs. Crimes against humanity.

Cyrus A. Parsa, The AI Organization