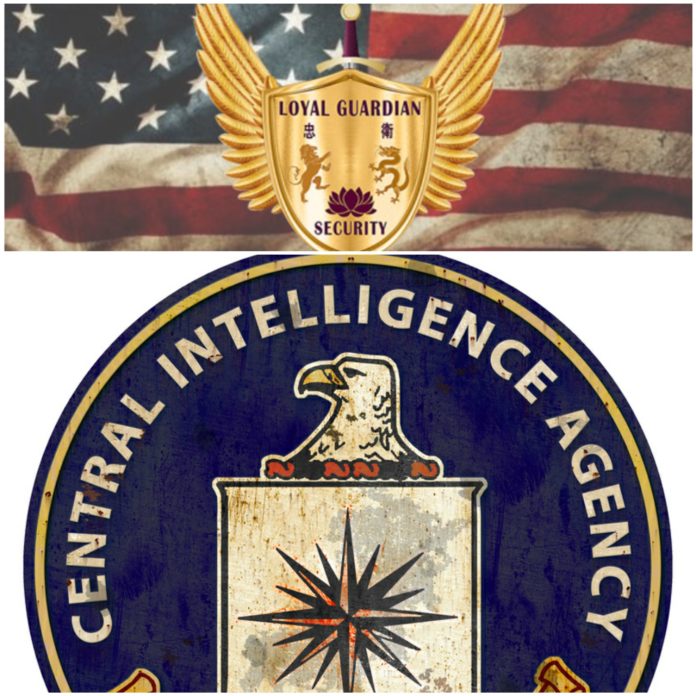 BRIEF INCLUDES THE AI ORGANIZATION AND CYRUS. A PARSA FINDING’s THAT ARTIFICIAL INTELLIGENECE CAN RECOGNIZE AND DOCODE THE FOLLIOWNG ON ALL HUMAN BEINGS

A. Recognition of AI development to single out Conservatives vs. Liberals

B. Recognition of AI Development to single out Faith Groups vs. Communist/Atheists.

C.Recognition of AI Development to Identify Loyalty to the Communist Party, Adherence to the AI system, or Resistance to its Control

This is an overview submitted from Loyal Guardian Security with AI, Robotics and related A.I. findings shared from The AI Organization. This brief does not include the 62 page report submitted on June 15th, 2019, filled with Data, the companies involved and how China threatens all the world citizens with A.I, Robotics, Bio-Engineering, Cybernetics, Facial Recognition, Bio-Metrics and Quantum Technology. This brief is not classified materials, and was done by The AI Organization and Cyrus A. Parsa to support the U.S and all good people around the world , as it was not a government contract or something I submitted to any government entity. Hence, I am making it public. The Former CIA Director, office of Central Cover, notified me after the final report, that he did not include me as the one who made all these discoveries to protect me. His expertise was the Middle East and Europe, and only requested 1 company to privide bio-metric, reach and financials’ on. CIA Fmr. Cover Ops Director stated the FBI cannot Protect me, but his connections with the CIA could.

Moreover, I am not a Whistle Blower. Any sensitive material that may have been submitted to any government agencies from me, with my knowledge, has been shredded. Only 5 people knew of its existence in our team on April 29th, including a reporter who was given access to learn. The Reporter and his organization did not have a grasp of the significance of this in the early days. Please Donate, Share on Social Media and Follow The AI Organization and Cyrus. A Parsa, to support the movement. We are also doing this on behalf of the good men and women at the CIA, FBI, Secret Service, NSA, Police and the U.S military, and the U.S Constitution as a civilian with civilian Data sourced from China. CIA Cover OPS director has contact to all with many agencies, although he is a civilian, as am I. I did not have direct access at this point to indirectly deliver any risk assessments to high up places, as President Trump was constantly getting attacked, and the White House was busy with so many issues, hence I figured this guy, who knows China’s Government is a murderous diabolical regime, would mobilize other elements behind the scenes, albeit his website stated White House as a client. This would have been a civilian effort by CIA Cover OPS to share my findings, so we can eliminate risks to the U.S and all the world citizenry. I did include that all my citations from The AI Organization, which stated the A.I and Robotics findings came from The AI Organization, Cyrus A. Parsa, and the team, as after this brief, he wanted to know how, who, why and what kind of data and proof. 1 Company was paid for to bio-metric analysis, I provided more than 40 including all major AI and bio-engineering findings to help the nation.

DONATE TO SUPPORT OUR EFFORTS AND THE HUMAN RACEhttps://www.gofundme.com/f/support-ai-lawsuit-against-google-fb-big-tech

April 29, 2019 Megvii/Face++: Research Update Prepared by: Cyrus A. Parsa (CEO) Loyal Guardian Security Research StaffMegvii and Face++ Megvii Face ++, and its apparatus are being used by the Chinese Communist Party (CCP) to assist and advance its current and future goals in weaponizing AI, acquiring assets internationally, and dominating the market. The current and developing capabilities are far reaching in China and abroad, connecting the military, police, government, and private sectors. This update is an analysis of open sourced data, with some private sources. Sources will be provided with data in final report.

Capabilities Organ Trafficking and Genetic Research Face++ is used by the CCP to research, locate, and extract medical data for organ trafficking of Falun Dafa practitioners, Tibetans, Uyghur, House Christian, and political dissidents. Separate data bases for DNA samples through ancestry of Chinese and Westerners are being stored and connected with facial recognition software products to locate and acquire assets. Genetic Research is an additional component connected to Facial Recognition Technology

Weaponizing CrowdHuman and Object365 can be used to carry out military operations with biological weapons, and drone strikes.

Espionage & Extortion U.S. government personnel can be monitored, influenced, or easily targeted for assassination. 21.5 million U.S. federal government employees, contractors, and related individuals were compromised. Data in connection with facial recognition can and is being used in attempts for extortion, and for assets that can lead to an untraceable assassination in future capabilities.

Deep Learning China and Face++ and through different companies (TaoBao, Alipay, AliExpress) have over 1 billion faces to train its AI software in multiple advanced patterns. Brain++ is a good example of how Megvii trains algorithms that power FACE++. Hence, in terms of deep learning—by sheer numbers—it is possible that in some areas it is more advanced than what is available to the U.S government. Yet, what Face++ has likely achieved has yet to obtain game-changing capabilities from the AI, as its still in the training stage. Some areas of concern that are developing through its Deep Learning include: A. Recognition and AI development to single out Conservatives vs. Liberals B. Recognition and Al development to single out religious followers vs. Communists/atheists. C. Recognition and AI development to identify loyalty to the Communist Party, adherence to the AI system, or resistance to its control.

Political/Government Face++, SenseTime, Alibaba, their leadership, and apparatus are not only controlled and funded by the CCP heads, they are loyal to a Chinese Communist nationalism, very positive to President Xi, and covertly putting mechanisms in place attempting to trash the U.S. Presidency’s credibility as closed minded to the One Belt One Road with America first. On the other hand, they are positioning China to be the controller through the One Belt System, without calling it China First, and China All.

Private Sector Face++ is offering its services in multiple private sectors that allow it to increase its data collection, possibilities for IP theft, asset take over, and future development of the CCP’s long term goals to harness the assets of the world.

Through its developers, surrogates, researchers, and customer base its reach covers universities, corporations, research institutes, private sectors, government buildings, government assets, and military not limited to the U.S. and its Allies. The One Belt, One Road system is laying the foundation for its implementation. Various made in China goods are playing a tremendous role to implement the layout for their reach. One example is cameras produced by Chinese companies such as Dahua and Hikvision and sold to foreign countries—which could be utilized in the future, combined with Face++ facial recognition to provide surveillance overseas.

Legislative Currently, China has no laws preventing the Communist Regime nor its apparatus from gathering, storing, and using data to train its AI facial recognition software in deep learning that can be used for all aspects of espionage, influence, and weaponization. Any legislative measures to protect IP is merely for appeasement of Western governments. Through the One Belt, One Road system, they are exporting their system for influence, control, and asset takeover of countries in Africa, Middle East, and the West.

Competition From the perspective of the CCP’s usage, control, and future goals, Face++ has no Chinese competitors, as all Chinese companies are an arm of the Communist Regime. Joint ventures, and research done in the private sector benefits the Chinese more so than the Western corporations due to IP theft and how China and Face++ has currently placed itself in almost every relevant area to dominate the future of facial recognition and AI.

Financing On the surface, Alibaba/Ant Financial is the lead financier of Megvii and Face++. Competitors are cooperating, being co-funded or supported by the Communist regime. For example, former Communist dictator, Jiang Zemin’s grandson founded Boyu Capital, a company that financially backs Megvii. Other competitors are targeted for so called cooperation and joint ventures to have access and eventually control their assets.

Cyrus A. Parsa, The AI Organization,

You may copy this and display in its entirety if done in whole.